6 de October de 2016 By rionative in Blog No Comments 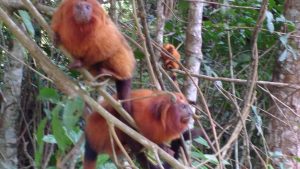 26 de September de 2016 By rionative in Blog No Comments 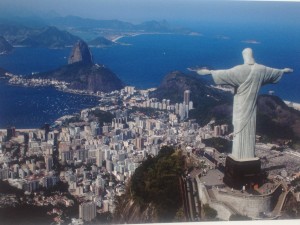 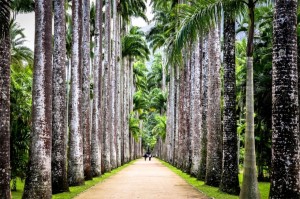 Get to see the diversity of Brazilian and foreign flora containing around 6,500 species (some endangered) throughout and area of 54 hectares.There are also plenty of birdlife to be seen (and heard) at the Botanical Garden and at the Tijuca Forest. 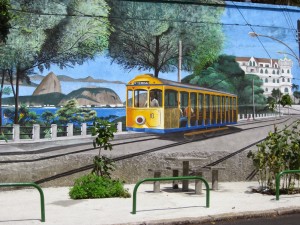 When visiting downtown you will have the opportunity to see the influence from the Portuguese and French architecture among these: Colombo Bakery, Banco do Brasil Cultural Center and Casa Franca-Brasil (France-Brasil foundation).  The tour will continue towards Santa Teresa  where the area became famous for its winding narrow streets and the Bonde (Street car) not in use at the moment. Carnival has been a part of the Brazilian culture since around 1850 when it was first introduced in Rio de Janeiro by the Portuguese. The essence of Carnival is celebration; the annual event is characterized by singing, dancing and partying late into the night. Our last stop (only outside) will be at the Maracana, Brazil temple to Football (soccer).

It is an illuminating experience for those looking for an insider point of view of life in this very different distict of Rio de Janeiro. The tour introduces you to another Rio, within Rio city: the favela. There are close to 950 favelas in Rio. Mostly placed on former public areas on the hillsides, they are now home to 20% of Rio’s population, however they remain a mystery for most people who don’t live there. The tour is not only to explain about favelas, but to give you a whole new understanding about different aspects of Brazilian society. 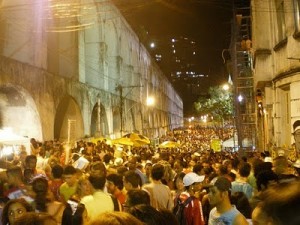 Lapa , an old and charming area of Rio de Janeiro, features some fabulous mansions which have been restored into works of art during a recent cultural renaissance. Lapa is now one of Rio’s most popular night spots, with many people enjoying the street parties, samba clubs and other bars. The best concerts, delicious food and beautiful people, make this place different from the rest! The informal atmosphere is one of the main characteristic of Lapa’s neighborhood. Many famous Brazilians music artists perform here.

Want to do a tour in Rio de Janeiro? Rio Native is the best tour agency and is the premier choice for personalized, escorted tours of Rio de Janeiro, Brazil

Or visit our tours page for prices and more details !

Trekking in the Rio Jungle with Eugenio Souza – Rio Native

In 2014, Carlo & Florence, a couple from Ireland that decided to build an online business while travelling the world (http://www.nextstopwhoknows.com/), went in a trekking adventure with Rio Native and Eugenio Souza. See a little bit more of this tour in the video below.

9 de June de 2016 By rionative in Blog No Comments
Three years ago, Eugenio Souza – Rio Native’s Managing Director, was the tour guide to the journalist Chris Moss, showing him some historical sites in Rio…please read the article below.
Now it is your turn to visit Rio de Janeiro “The Marvelous City” and explore the best we have to offer including the 2016 Olympic Games, New Years Eve, Carnival and the highlights like Christ Statue + Sugar Loaf Mountain + Maracana Football Stadium & more.
Rionative will be happy to provide the best itinerary including Iguaçu Falls, Pantanal/Cuiaba, Manaus/Amazon, Salvador/Bahia, and many other tours.
————————————————————————————————————————————————————————————————–

“I said to my wife, ‘I know we all have to die but please let me live long enough to see what is going to happen here.’ ” Eugenio Souza, my guide in Rio de Janeiro, is not discussing Brazil’s prospects for next year’s World Cup nor the Rio Olympics in 2016. We are on the top-floor terrace of the Museu de Arte do Rio (MAR), a new public gallery, looking out over the port, and Souza is describing the grand urban regeneration project going on all around us.

MAR, which opened in March, is the first phase of Porto Maravilha, or Marvellous Port, a $3.77bn scheme to redevelop the area, due for completion in 2015. Souza points to the pilings for the Museu do Amanhã, or Museum of Tomorrow (billed as the world’s first museum of sustainability), and enthusiastically reports that Donald Trump was in town the previous week to confirm plans to build three skyscrapers. He turns to face inland, pointing at the peeling tenements.

“This area has been abandoned for years,” he says. “Look at the beautiful old buildings, all the facades are collapsing. This was a residential quarter but now it’s known for girlie bars. Rio’s oldest shanty town, Providência, is round the corner. The people who live here deserve something better than this and places like MAR will give them that and create jobs. The new port will be the entertainment and commercial centre of the city.”

Inside MAR, the exhibitions add artistic colour to Souza’s stories of the city’s development. First up are some beautiful 1940s posters, promotional ads for the now extinct Brazilian airlines Varig and Panair and for the Royal Mail’s steamer service from the UK to Rio. The smooth art deco lines and dreamy sunsets hark back to Rio’s heyday as the choice destination for the international jet set.

In the next room are 19th-century oil paintings depicting Rio as seen by artists schooled in Europe. Here is the Corcovado mountain before the Christ the Redeemer statue was erected, and Ipanema before anyone would have dared walk along the prom in a skimpy bikini.

Over four floors, MAR celebrates Rio and its art. A black and white film shows the grand Avenida Central (now Avenida Rio Branco) as it might have looked in the 1920s. A huge display of a Copacabana resident’s private collection seems partly aimed at reminding visitors that just a block from the beach there is high seriousness.

Souza closes in on the old oils. “Brazil began right here in Rio, in the port, in the 16th century,” he says. “This city was the capital up to 1960, and the Portuguese empire was run from here. As they lay all these new foundations, they keep finding ancient treasures.”

The next morning, I visit Casa Daros in Botafogo, 8km south of the city centre. Another new gallery (it also opened in March), it occupies a 19th-century neoclassical mansion refurbished with $41.5m of funding from Zurich-based collector Ruth Schmidheiny.

Working with curator Hans-Michael Herzog over the past 13 years, Schmidheiny has built a collection of more than 1,200 contemporary Latin American artworks. The pair selected Rio as the location for the gallery in 2006, when drug gang violence was still rife and before the World Cup and Olympics announcements were made.

“In Europe, there was zero interest because people there knew nothing about Latin American art – Latin American literature, yes, but contemporary art, no,” Herzog says. “We started to acquire, which was so easy because the field was so very rich.”

The inaugural exhibition (running until August 9) is Cantos Cuentos Colombianos, showcasing works by 10 Colombian artists that explore the dark themes of the decades-long civil war. A coffin in the colours of the Colombian flag built from Lego, with a white line down its centre, is called “Homage to the Children of the Drug War”. A photograph of a beautiful young soldier resembles Michelangelo’s “David”, but one of his lower legs is missing, blown off by a mine.

“Brazil needs to show an interest in Spanish-speaking countries like Colombia,” says Claudia Noronha, the gallery’s press officer. “Casa Daros wants to bring to Latin America something it lacks – to show Latin Americans their own art and to help us get to know each other as neighbours.”

The exhibitions at both galleries are temporary. Casa Daros has its ever-expanding Zurich stocks to pick from; Herzog, Noronha says, has “carte blanche” when it comes to acquiring works. MAR will eventually display a combination of ephemera and art related to the city. Both institutions are in Rio for the long haul and, in moving the focus away from the beaches and the football, and celebrating a city that is cosmopolitan, cultured and outward-looking, they remind visitors of Rio’s grand past and, more importantly, its potentially glittering future.

Chris Moss was a guest of Audley Travel and Air France